Réseau Capital and its Investment Capital Expertise Center present their quarterly activity report for the private equity industry in Quebec. Prepared in collaboration with CVCA (Canadian Venture Capital Association), this report provides a detailed view of venture capital (VC) and private equity (PE) investments in Quebec for the first nine months of the year. It provides an overview of private investment activity in Québec companies by type of investment, sector of activity, stage and size of investment.

With nearly $10B in investments to support and promote the development and growth of Quebec companies after only 9 months of operations in 2021, our industry is more than ever positioning itself as a driver for innovation, wealth creation and sustainable economic development in Quebec. “The results for the first nine months reflect the strength of our industry and the increased confidence of investors in Quebec companies and their potential for innovation and growth. They also attest to the dynamism of Quebec funds in the rest of Canada ”, said Guillaume Caudron, CEO of Réseau Capital.

After a very active first semester, venture capital has continued to accelerate, reaching an all-time high after 9 months in terms of both the number of deals and the amounts invested, in all sectors and at all stages of investment. So far this year, $2.5B has been invested in 144 deals, which represents more than double the total investments in 2020 and already qualifies 2021 as a record year for venture capital investments. Though, British Columbia with $2.3B is almost at the same level than Quebec and with $6B, Ontario invested twice as much as Quebec. This performance was supported in the third quarter by several large transactions, such as the investments in Blockstream ($265M), Payfacto ($150M) and QScale ($145M), in addition to substantial investments made in the first half of the year in Hopper ($215M) in the first quarter and Alayacare ($225M) in the second quarter.

As for PE, $7B were invested in 352 deals in the first 9 months of the year. Although the volume of transactions in the third quarter is slightly lower than the record set in the second quarter, it remains significantly higher than the historical quarterly average. Quebec remains the most active province with more than half of all PE investments, and almost two thirds of all deals in Canada. Traditionally, the industrial and manufacturing sector remains the leader in terms of number of transactions, but other sectors such as retail and ICT stand out in terms of amounts invested. 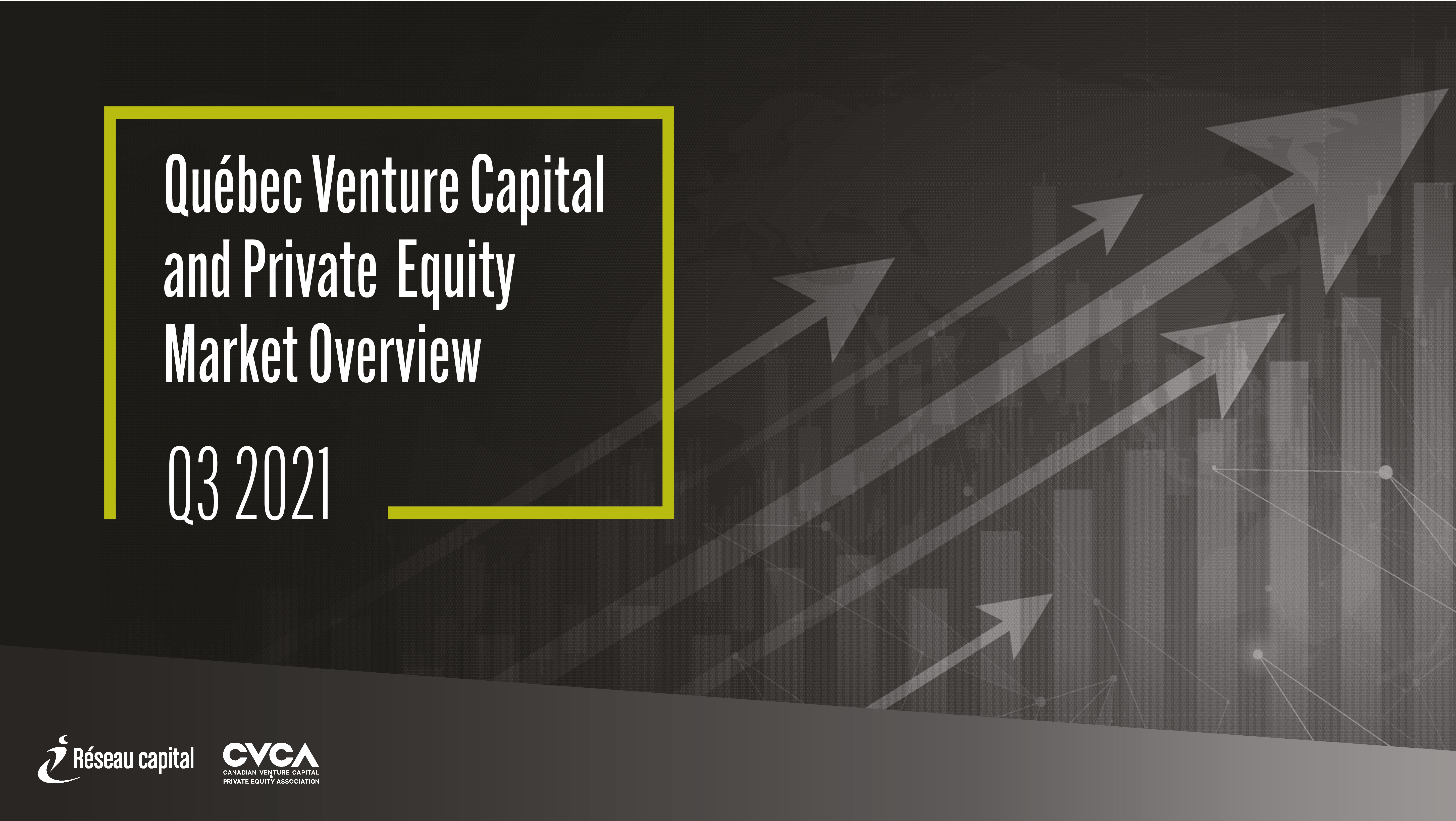