Réseau Capital and its Private Capital Centre of Expertise present the quarterly report on private capital industry activity in Québec. Produced in collaboration with the Canadian Venture Capital Association (CVCA), this report provides a detailed view of venture capital (VC) and private equity (PE) investments in Quebec for the year 2021. It presents a review of private investment activity in Québec companies by type of investment, sector of activity, stage and size of investment.

The consolidated data for the year 2021 confirms the trend of the previous quarters of a return to the significant investment levels that were achieved in 2017 and 2019, both in terms of number of transactions and capital invested. These investments directly contributed to the economic recovery through deals of more than $12 billion in Québec companies. These investments include $9 billion in private equity, in line with the levels of 2017 and 2019, and nearly $3 billion in venture capital with a tremendous growth, breaking a record and reaching 24% of total investments in 2021 (compared to an average of 14% of the past few years). These good results come from both a rebound from less sustained investments in 2020, and the continued growth of investment capital observed in recent years in the financing of our companies.

While this is good news in the short term for Québec companies and the economy, this result should not mask a more complex reality and the major concerns of our industry with respect to financing cycles. Economic and geopolitical uncertainty, high inflation, and the uncertain outlook for the markets call for caution. The last quarter of 2021, with a downturn in venture capital, is already showing signs of this slowdown and concerns about refinancing needs. In a context where the return to the market for funds could prove complex, impacts on corporate financing for 2022 and beyond are possible.

“It will be important to remain vigilant in the coming months and to put in place, with the help of the partners in this ecosystem, the necessary measures that will allow private capital to continue to play its full role in the creation of wealth in Québec,” explained Guillaume Caudron, CEO of Réseau Capital.

Maintaining the momentum from the beginning of the year, venture capital continued to grow, despite a clear slowdown in the fourth quarter. In terms of both amounts invested and number of transactions, 2021 is a record year for venture capital in Quebec. A total of $2.8 billion has been invested in 189 transactions, which represents almost three times the total investment in 2020 and twice the amount invested in 2019. Quebec’s performance in 2021 is supported by several large deals, such as investments in Blockstream ($265M), Alayacare ($225M), Hopper ($215M), Payfacto ($150M), QScale ($145M) and Ventus Therapeutics ($126M).

In terms of private equity, Québec maintains its leading position in Canada for 2021. We recorded investments of $9.3G and 481 transactions. Although the volume of transactions in the fourth quarter is a record, the amounts invested are lower than in the previous two quarters, while remaining high on a historical basis. Quebec remains the most active province with more than half of the amounts invested in development capital, and nearly two-thirds of the transactions in Canada. PE activity in Québec is mainly concentrated on debt and minority equity deals (growth and follow-on), and less on buyouts and add-ons, although several large transactions have supported this type of investment in 2021. Traditionally, the industrial and manufacturing sector remains the leader in terms of number of transactions, but other sectors such as retail and ICT stand out in terms of amounts invested. 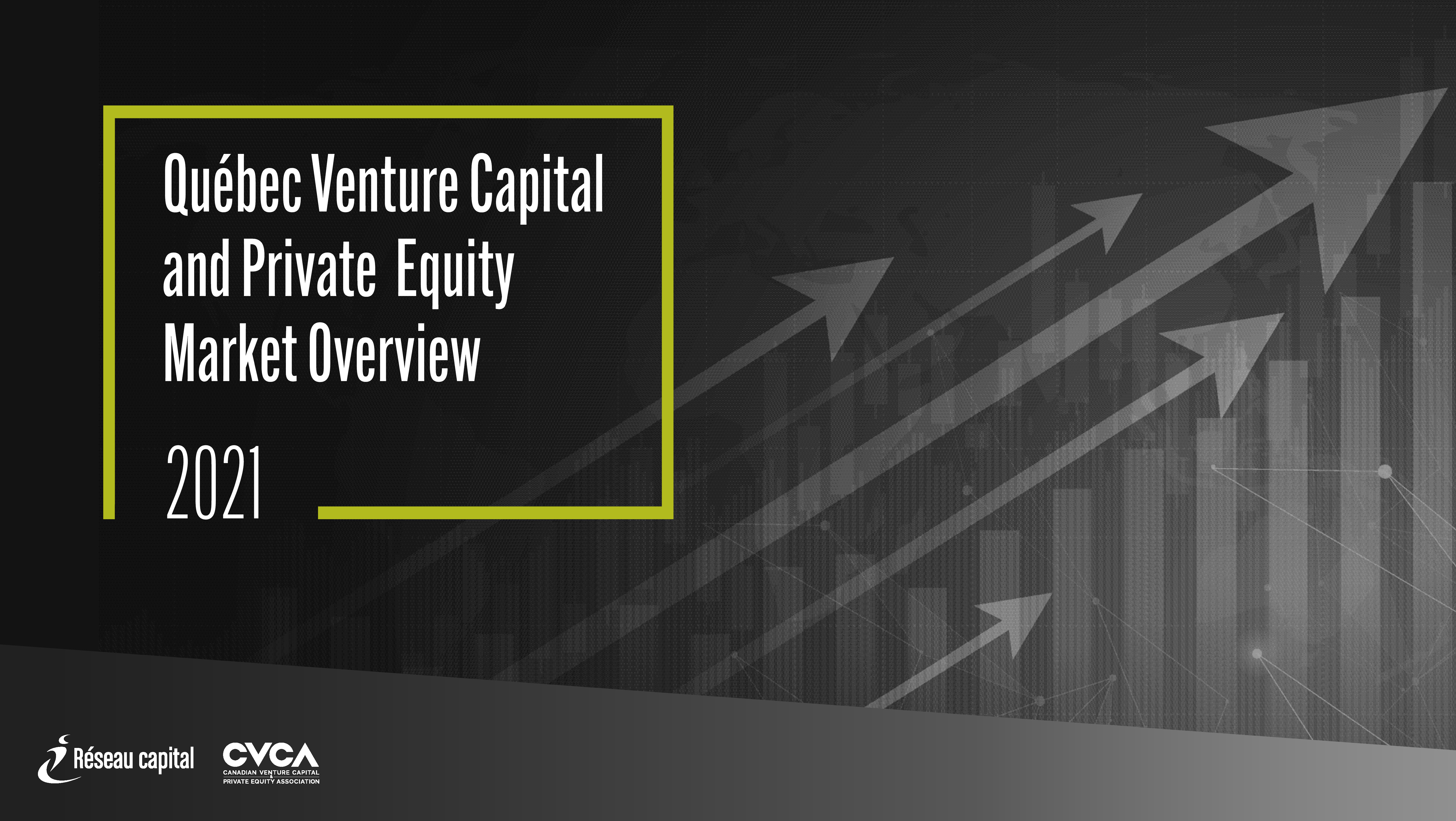