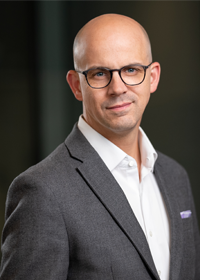 Olivier is President and CEO at Réseau Capital.

Olivier is managing the development of partnerships with the broader economic development ecosystem in Quebec and he’s overseeing the public and government affairs of Réseau Capital.

Before joining Réseau Capital, Olivier was Senior Manager, Public and Government Affairs at CN, where he was overseeing the public and government affairs team across every province where CN is operating. He was also in charge of the Public inquiry line, the first point of contact for citizens having questions regarding CN’s operations in North America.

Prior to joining CN, Olivier was Senior political advisor to the Quebec minister of Finances where he was managing questions related to economic development and business fiscal policy.