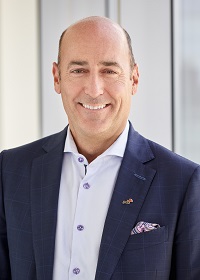 Nicolas is Chief Executive Officer and Senior Partner of PwC Canada. He began his career with PwC in 1989 and was admitted to the partnership in 2000.

Nicolas has a track record of engaging and inspiring teams to seize opportunities and innovate. He has served a wide range of clients and industries as a Corporate Finance partner and the Lead Relationship Partner on many of the firm’s key clients. Prior to becoming CEO, he was a member of the Canadian Executive Team as the National Managing Partner of Consulting and Deals, and the Montréal Managing Partner.

He was previously the Managing Director of PricewaterhouseCoopers Corporate Finance Inc. where he specialized in mergers and acquisitions. Over the past 25 years, Nicolas has assisted public and private companies with acquisitions, divestitures and raising capital. He is very familiar with the various intricacies of a transaction. Nicolas has extensive deals experience, having helped clients complete over 150 transactions in over a dozen countries. He also has strong relationships with private equity firms in Canada and throughout North America.

In addition to his responsibilities with PwC, Nicolas is dedicated to his community, as demonstrated by his involvement on boards of several organizations such as Youth In Mind, Montreal Symphony Orchestra, Alpine Québec and Sherbrooke University School of Business Foundation.

He is a graduate of the University of Sherbrooke with a bachelor’s degree in business administration (1991). He is a Canadian chartered accountant (1993) and Fellow (2014), and also holds the Corporate Finance designation (CF).