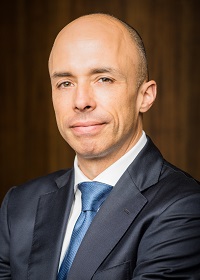 David joined NBF in November 2015. He is responsible for leading the firm’s global Mergers and Acquisition practice as well as heading up NBF’s Private Capital Advisory business, which includes oversight of financial sponsor coverage and minority capital raise business. Throughout his career, David has been focused on M&A & restructuring advisory having led the execution of a large number ofmandates in the Canada, the US and internationally. Notable clients include Areva, Bombardier, CGI, Cirque du Soleil, DeBeers, Domtar, Ebro, FSTQ, Glaxosmithkline, Hydro-Quebec, Jean-Coutu, Mega Brands, Mitel, Novacap, Schlumberger, SNCF, Statoil, Tembec, Transat and WSP.

Prior to joining NBF, David spent 13 years at Rothschild, last posted in New York, where he was a Managing Director -Head of Canadian Coverage (NEI) as well as Head of Business Services North America. David was formerly a member of Lazard’s Canadian M&Apractice based in Montreal. From 1993 to 2000, David worked in the corporate finance department of Scotia Capital Markets, where he was involved in M&A and financing transactions in various industries.
David holds a B.A. from McGill University and an MBA from the Richard Ivey School of Business at the University of Western Ontario.