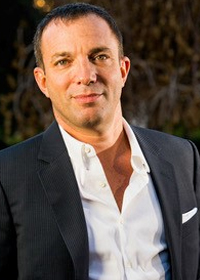 Mitch Garber, a Canadian born lawyer, is Chairman of Invest in Canada, the Canadian government’s federal agency responsible for foreign direct investment. He is Chairman of Cirque du Soleil a leading global entertainment company in which he is also a co-investor with TPG and Fosun. He is a board member and co-investor with Apollo Global Management of Rackspace, a leading hosting and technology company, and is a minority owner in the new NHL team awarded to Seattle. He is a senior advisor to the Fosun Fashion Group including iconic French fashion house Lanvin. He is the former CEO of Caesars Acquisition Company & Israeli-based Playtika. Playtika which he acquired and oversaw from it’s start-up stage in 2011, was sold under his leadership to a Chinese consortium including Alibaba founder Jack Ma for 4.4b USD in 2016. He sits on the board and leads a number of important philanthropic activities in Canada and Israel. He has a BA from McGill University (’86), a law degree from the University of Ottawa (’89) and an honorary doctorate from the University of Ottawa (’17).