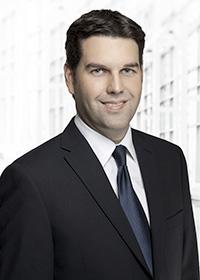 Mr. Sebastian Boisjoly joined the Investissement Québec team in 2003. In addition to holding the position of Director, Venture Capital and Investment Funds, he has also served as Chief Executive Officer of FIER Partners since 2010 and of the Relève Québec Fund since its creation in November 2011. His primary responsibility is managing the team that negotiates and sets up venture capital investments and various investment funds on behalf of Investissement Québec. Since his appointment, Mr. Boisjoly has played an active role in establishing several large investment funds in a variety of industries.

Mr. Boisjoly is a lawyer and holds a bachelor’s degree in Economics and Financial Management as well as a master’s degree in Taxation from HEC Montréal. His past experience includes positions with national public accounting firms and at the Ministère des Finances du Québec.