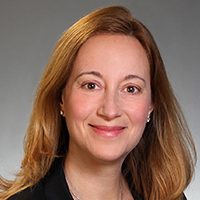 Senia Rapisarda joined HarbourVest in 2014 to focus on partnership and direct co-investments in Canada and to expand HarbourVest’s local presence in the market.

Senia joined the Firm from BDC Venture Capital, where she was responsible for the establishment of a team focused on direct and indirect investments across Canada. Her previous experience includes positions at Nur Energie in London, London Business School, Nomura International, and Salomon Brothers, among other roles.