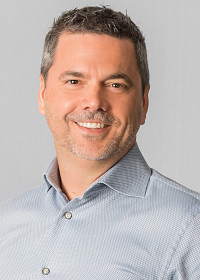 Chris Arsenault has more than 25 years of operating and investing experience, and through his vision, has become a key pillar of today’s maturing Canadian tech ecosystem. Chris played an important role in supporting many of Inovia Capital’s most valuable companies, including Lightspeed, Luxury Retreats, Sonder, and AppDirect, where he currently serves as a board member and a coach to the founders. Through his decades of leadership and relationship building, Chris has developed an outstanding track record of identifying high potential companies early on, maximizing deal value, supporting management teams as they scale, and managing paths to exit. Notable exits that generated substantial shareholder value include the 2019 IPO of Lightspeed (LSPD), Luxury Retreats, Well.ca, Localmind, Routehappy, Airborne Entertainment, Copernic Technologies and SIT.

Chris co-founded Inovia Capital in 2007 and leveraged his entrepreneurial instincts to not only shape the culture of the Firm but also its vision and path forward which led to the inception of Growth Fund I. Chris currently serves as a director on the boards of AppDirect, Poka, SnapTravel, Groupe Dynamite and previously Lightspeed (until its IPO), Luxury Retreats (acquired by Airbnb in 2017), Reflex Photonics (acquired by Smiths Interconnect in 2019), and Well.ca (acquired by McKesson in 2017). Chris is also a board member of Montreal Heart Institute Foundation, and of Forum AI Québec (part of the Quebec Supercluster for Artificial Intelligence), and a Charter Member of Silicon Valley based The C100.