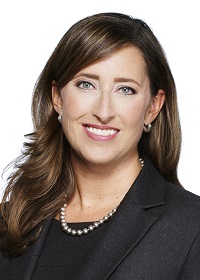 Ms. Renauld has been active in finance for close to 20 years. She began her career in 1997 in the manufacturing sector as an accounting analyst at Natrel, a company in the Agropur group. She then became the chief accountant for a division of Maax. In 2001, she became their interim controller while they implemented the SAP system. Two years later she joined the Cascades group as the controller of their Recovery division, which has five sites of operation.

In 2011, Ms. Renauld joined CDPQ as Director, Budget and Financial Analysis. Three years later, she was promoted to the position of Senior Director, Budget and Financial Analysis where, in addition to being responsible for the budget and administrative operations of the entire organization, she supervised the operational component of nine international CDPQ offices. She joined the Private Equity team in 2017 and was named as Board member of Averna Technologies Inc.

Ms. Renauld holds a Bachelor’s of Business Administration from Laval University and has been a member of the Ordre des CPA of Quebec since 1999. She is recognized as a manager with integrity, rigour, energy and a comprehensive understanding of the issues, who focuses equally on results and team spirit. She stands out for her ability to leverage the strengths of her team members, by developing them and showcasing their contributions.

Ms. Renauld has been actively involved in her community for many years. She is a member of Tohu’s Board of Directors and treasurer of the Board of Directors of the Herstreet Foundation. She also helps promote women leaders by collaborating in the development of other talented businesswomen, in particular as a member of the Association of Quebec Women in Finance (AFFQ) since 2013, and as a member of its Mentoring Committee for the last three years.