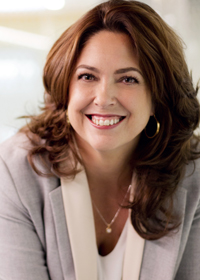 Mrs. Lamothe has over 20 years of experience in the competitive digital and consumer
products world (Google, L’Oréal, Procter&Gamble, Clairol). She is best noted for her
expertise in Global Product Management and Omni-Channel Profitability.
● Ms. Lamothe is the President of Tandem International, an advisory firm specialized in
omnichannel profitability and a Professor of Practice at McGill University (Desautels
Business Faculty).
● From 2014 to 2018, she was a Managing Director at Alphabet Inc in Canada, a
technology holding conglomerate which owns Google, among other companies.
● She held several executive positions at L’Oréal between 2002 and 2014, from
International Marketing Director in France, to Chief Marketing Officer and Chief
Corporate Communications Officer in Canada.
● Ms. Lamothe also serves on the boards of The ALDO Group and LighsSpeed HQ. She
was previously a Director of Jean Coutu Group PJC Inc. from July 2016 until the
privatization of the company in May 2018.
● Since 2016, she has been appointed by the Treasury Board of Canada to the Audit
Committee for Ministries such as Employment and Social Development Canada (ESDC)
and the Canadian Border Services Agency (CBSA) and nominated by the Canadian
Revenue Agency (CRA) Commissioner to its external advisory panel.
● She completed INSEAD’s L’Oreal management program in France and earned a dual
bachelor’s degree in mathematics and economics, with honors, from the University of
Montréal.