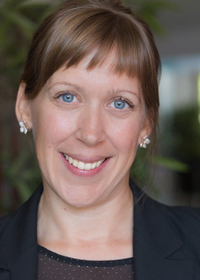 Julie joined White Star Capital in 2018 and has over 15 years of financial management experience, primarily in the banking industry. Previously, she worked at the Business Development Bank of Canada (BDC) from 2007 to 2018, where she held various management roles in the areas of accounting, financial planning and reporting, risk management and procurement. She served as the Deputy to the CFO from 2016 to 2018. Through her various roles, she was highly involved in the financial operations of the venture capital division.
Julie began her career with KPMG – Montreal and Vancouver – and later joined TVA Group, a publicly traded company. She holds a Chartered Professional Accountant (CPA) designation, a graduate degree from HEC Montréal and also studied at Lancaster University in England.