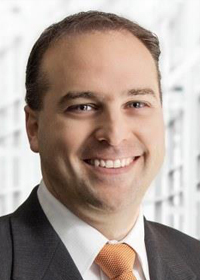 Pierre Tessier is Vice-President, Investment, Quebec City Area and Central and Eastern Quebec at Desjardins Capital. His duties include designing and implementing investment projects in keeping with Desjardins Capital’s strategic plan. His team consists of about a dozen investment professionals who cater to the specific issues and needs of Québec entrepreneurs to devise optimal capital structures for partner companies. He is also responsible for coaching Desjardins Capital investment managers.

Pierre Tessier joined Desjardins in 2018. He has 18 years of experience in financing, investment and management. He previously served as VicePresident, Specialized Financing and Tax Measures at Investissement Québec, where he led several major transactions, both in Québec and internationally. From 2004 to 2010, Pierre was a Managing Partner at Accès Capital Québec.

Known for his knowledge of Quebec’s regions and creating value for Quebec companies, he has held a number of directorships with both private and public companies.